It’s been a minute….5Lbs of ROCK is back. This time, I am chatting it up with Jaleesa Leslie of blackwomeninrock.info, a blog which catalogs/documents black women of all persuasions of rock music. Writing and researching on the topic of Black Women IN Rock was a lonely space almost 10 years ago, when I first began. So I am always excited when I connect with another soul whose out there expanding the platform for exploration, discussion and celebration of these women and the music.

SHEILA: What turned you on to rock music?

JALEESA: I grew up listening to gospel and R&B because that was all that the people around me listened to. Shows like TRL on MTV was what introduced me first to pop music, and then to rock acts like Sum 41 and System of a Down. I started listening to rock music exclusively when I was around 14 years old, after a very emotionally rough year. My initial interest was in punk rock. It was through punk rock that I was introduced to X-Ray Spex and to Poly Styrene, who was the first black woman rocker I ever came across. I fell in love with Kurt Cobain and Nirvana a little later, and Nirvana and The Distillers were my favorite bands as a teenager.

My falling in love with rock music was very controversial, with my family. I fell into it around the same time I started suffering from bipolar disorder, and my religious family deeply believed that rock music was Satanic and the main contributor to my illness. Which was bullshit, of course. But everyone around me parroted this belief and it was hard to go against that. My mom used to throw my CDs and shirts away, my school counselor and psychiatrist tried to discourage my interest; and I had no friends around me who were into what I was into. I wasn’t able to fully explore any sort of rock scene until I became an adult. It’s been 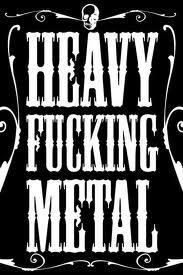 hard to really get into it, because I still have a lot of their negative messages internalized – though I still go to local shows here in Atlanta (even though I’m ALWAYS going alone).

JALEESA: I still come across people who are shocked to see black people, in general, who perform rock music – and who are ignorant of all the ways we’ve contributed to the development of the genre as whole. But there are also more black people who are accepting of alternative culture, which is great. I wish it had been that way when I was growing up and first getting into this stuff. Fifteen years have passed since I got into alternative culture/music, and it’s amazing to see the difference in attitudes in that time frame.

SHEILA: I am excited to see a catalogue of BWIR online. What motivated you to start your blog on BWIR? Please add if you are a musician, singer, or fan only.

JALEESA: I have always been a big music fan, and started this project out of personal necessity. It was really to prove a point to myself, and to respond to these negative messages I’d internalized about my interest in rock being weird and abnormal.

There was a blog on Tumblr called Black Women Who Rock that I loved – but the owners of that blog stopped updating it. I decided to create my own to continue what they started, since I was unaware that there were other projects out there doing the same thing, besides Afropunk (which didn’t exclusively focus on black women).

I started the project in 2011 with a knowledge of only a handful of black women musicians, but have individually catalogued 100+ who fit the bill since then. I didn’t know how connected we really are to rock music beforehand. Having the BWIR blog has personally helped me feel less weird for liking what I like. And I’ve gotten messages from other women who felt the same way, until they discovered my project. Tumblr Staff actually featured the original Tumblr blog in a musical ‘black history round up’ a couple of years ago, which was huge for me and greatly increased the project’s visibility. I went from about 200 followers to over 1000 followers literally overnight. The intention for this project was always personal though, and it just so happens that other people seemed to need it as well. I’ve achieved what I meant to achieve with it, which is awesome.

SHEILA: Do you think Black Women In Rock will ever be embraced by “mainstream”? Not that they want to be…. 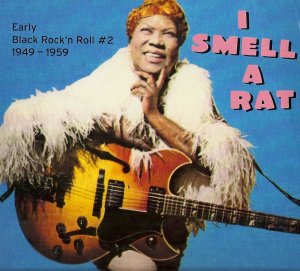 JALEESA: In my opinion, it goes against the status quo to accept the heavy role that black women have played in rock music. Sister Rosetta Tharpe virtually invented the genre, yet she gets no recognition. Big Mama Thornton originally performed the song “Hound Dog” which Elvis made famous, yet she gets no recognition. Even with black men who have contributed to rock music, you have people labeling Elvis Presley, ‘The King of Rock’ music, while Chuck Berry was out doing his thing long before Elvis was on the scene.

Media has become very decentralized though, so I think regardless of whether or not the idea of black female rockers becomes mainstream, people will always be able to find these women if they’re looking for them. I think it’s helpful to have projects like Nice and Rough and the upcoming Poly Styrene documentary, as well as my catalogue out here to help boost the profile of these amazing musicians. Regardless of whether the mainstream recognizes us, we are out here taking care of ourselves, and I love it.

SHEILA: Who do you see as the hottest, new artists to watch?

JALEESA: Cammie Gilbert from Oceans of Slumber is heating up and getting a lot of attention, which is awesome for me to see as a metal fan. Beverley Ishmael of The Tuts also seems to be on the rise. She’s a great person and her band has this great pop, punk sound – and they’re really fun to listen to. I’ve been personally enjoying Youth Man with singer/guitarist Kaila Whyte, as well as Witch Mountain, with Kayla Dixon on vox.

Sheila is an award-winning author, biographer and CEO of Eve’s Lime Productions. She is Director-Producer of  the upcoming documentary, “Nice & Rough: Black Women IN Rock.”